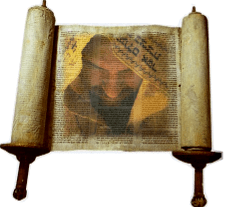 The Creator and His creation, and His Sovereignty over mankind

We believe that Elohim (G-d), the Creator, made the earth in six days, and rested on the Shabbat. (Gen 1-2:3) He created the Sabbath for all mankind. His Name is יהוה (Yahu’ah).

We believe Man (Adam) was created in perfection, but he erred against the instructions of יהוה Elohim (G-d). Man died spiritually that day, losing the Divine Presence. (Gen 3) Death entered the world through man on that day. יהוה “covered” Adam, and told him what the result of his ‘sin’ was.

We believe that soon after Man fell (1,100 years), the whole earth was flooded due to man’s having forgotten the creator and following after his own passions, instead of walking with G-d. (Gen 6-10) יהוה gave space to repent and sent a preacher. No’akh built an ark of rescue, but only eight people entered it. They did not “see” the truth of No’akh’s warning.

We believe that after the flood, man again became forgetful and self-indulgent. יהוה found one man who heard and trusted Him, and so He imparted to him “Tzedaka,” or “righteousness.” Avraham then kept all the Torah (instructions) of יהוה (Gen 26), after having been “saved/justified” by faith/trust. “The tzadik lives by trust.” (Hab 2:4) Avraham is the father of all those who trust in יהוה. (Gen 12-30, Gal. 3:7)

The God of Avraham, Yitz’khak, and Ya’akov, His Chosen People

We believe that יהוה chose the descendants of Avraham, through Yitz’khak, and Ya’akov, whose name He changed to “Yisra’el,” because of his promise to Avraham and not because of their merit. He made them a priesthood and a kingdom. They were to show the world the Creator and His Ways. (Exodus-Deuteronomy)

We believe that Israel failed to keep their part of the “agreement” (covenant) by not honoring His instructions (Torah), but mixing faith in יהוה with other religions, desecrating His Sabbath, and not upholding the cause of the humble of the earth. The world could not “see” the truth in them because of their compromise. As a result, they were expelled from the land in three “waves” of expulsion, just as יהוה had warned: The northern Kingdom in 900 BC; the Southern Kingdom and the remnant of the north that had joined Yehudah in the south in 586 BC, who returned 70 years later; and the final expulsion of all twelve tribes together in 70 and 135 AD. (The Prophets of the Tanak, history)

We believe that in about 4 BC, a prophet (Yokhanan HaMatbil) was born in Yisra’el, who would announce the coming of the Tzadik, the “Righteous One.” His job was to return Yisra’el to the Torah, so they could ‘see’ the Messiah. Yisra’el, as a nation, had begun to change the seasons of יהוה, to deny the use of His Name, and to rob the people of the commandments by building a “fence” around them, hiding from the common believer the simplicity, purity, and glory of the Torah.

Yeshua HaNatzri, the Son of G-d, is the Messiah of יהוה, our atoning Sacrifice for sins

We believe that in that same year [the birth of Yokhanan HaMatbil], during the season of Sukkot, Messiah Yeshua was born in Bethlehem. He was the “Word of יהוה,” which had appeared to the prophets as the “Angel of יהוה” on many occasions, who this time became an infant human being. His Father, Elohim, was still on His throne, but He put His “Davar,” His Word, or “will,” into the womb of a virgin by the power of His Ruakh (Spirit).

We believe Yeshua HaNatzri, Ben Yosef, grew up as every other Jewish boy of the first century would have. He was circumcised on the eighth day as a Jew in the covenant of Avraham. He observed the feasts of Yisra’el. He observed the Sabbath. He was perfect in His observance of all the Torah (instructions). He set the example to which we aspire. (I John 2:6)

We believe that because of this perfection, Yeshua received authority over even the elements of this world. He healed the sick, raised the dead, walked on water, and preached the Torah. He wept over the unbelief in Yisra’el, but rejoiced in the faith of the humble. He revealed His Father to Yisra’el. He expounded His Torah perfectly.

We believe Yeshua offered Himself in order to renew the Covenant of G-d with Yisra’el. (Jer 31:31-33) The Torah was not abolished, but the “agreement” on how to obtain forgiveness changed, this time offering the supplicant complete forgiveness and relief from the guilt incurred by all mankind in the Garden. Yeshua accomplished this by dying on the tree as a blood-atonement for the sins of all mankind. Without the shedding of blood, there is no remission of sin. (Lev 17:11, Heb 9:22) He died for the sake of all mankind. No one deserved that love, but He gave it willingly. His Father, the Almighty Elohim, raised Him from the dead, and accepted His offering in the Holy Place in Heaven.

The Resurrection of Yeshua and the Power of Elohim for Salvation

We believe that ELOHIM RAISED YESHUA FROM THE DEAD!  After rising from the dead, Yeshua showed Himself as a flesh-and-bone man, first to His Shlikhim (apostles, “sent ones”) and then to all of His Talmidim (disciples). His resurrection was witnessed by more than 500 people. Trust in the fact that Yeshua is the Son of G-d (Prov 30:4, Psalm 2:7), and that G-d raised Him from the dead, gains one the forgiveness of sin. Only that trust can wipe away all sin in the one who trusts. If one continues in that trust, he is accepted into the Kingdom of Elohim as a royal priest.

We believe that Yeshua sent the power of Elohim, His Ruakh, to those witnesses, and gave them the necessary ability to reveal the Father to Yisra’el through the Son, Messiah Yeshua. He then revealed His Salvation to the nations, grafting them into the Olive tree of Yisra’el, bringing them into the Covenant of Avraham (Gal. 3:7, Eph. 2:17-19), and He gave that same power to them, to be witnesses of His Word, His Torah, in all the earth. (Isaiah 2:4) Anyone who trusts in the atonement and resurrection of Yeshua, and asks for this power, can receive it, and live a righteous life according to Torah.

We believe all of the congregations of Yeshua observed the Torah and kept the Sabbath, all the way into the fourth century AD. We believe that Messiah Yeshua intends for all His people to honor Elohim and show Him to the world in the truth of His Torah, by obeying it, and loving others. This demonstrates the power of His Ru’akh more than anything.  There has always been a small remnant who strives to obey G-d and resist Babylon, the religions of men who pervert the Word of Truth.

We believe that when the Congregations of Yeshua the Messiah come to full obedience, which is happening fast, He will hide them in His Pavilion and discipline the earth in “great trouble” (tribulation). This “trouble” is for Ya’akov, finally to bring about the obedience of Yisra’el. They will “see” Messiah, as He will be revealed to them by two great Prophets, the two “Olive Trees” long predicted.

We believe that this “great trouble” will come at the same time as the deceit of the “False Messiah,” and that many, including many Jews and “Christians,” will follow the liar to their destruction; but, at the same time, many new believers in Messiah Yeshua will be made, and oppose this man of destruction all the way to death. He will rule the whole world through tyranny. He will kill many of the true followers of Messiah in the name of “peace.”

The Sabbath of Messiah, His Millennial Reign

We believe that Messiah will return and end the final war that will encircle Yisra’el and nearly destroy her from the earth. Messiah Yeshua will put His foot down on the Mount of Olives in the east of Yerushalayim, and declare His Name, “ יהוה Yeshua HaMashiakh”. Every knee will bow, and every tongue will confess that Yeshua is יהוה Tzeva’ot (LORD of Armies), the Master of the Armies of Almighty G-d. He will judge the wicked, and rule the earth for 1,000 years from Yerushalayim.

We believe all the nations will go up for the weekly Sabbaths during the millennium, and for the other feasts of יהוה  for 1,000 years on earth. (Isa 66, Zech 14) After that, יהוה will finally judge the wicked and HaSatan, and THEN He will make a new heaven and a new earth. We will see things no being has ever seen, nor imagined!

For a detailed study of our core beliefs, see Beliefs.

Check out our Doctrine or Questions pages for even more information.