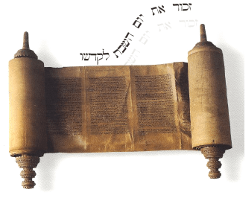 Adonai – “My Master”, synonymous to יהוה

Akharit HaYamim – “The End of Days”

Avi Sh’baShamayim – “My Father Who is in Heaven”

B’nei HaYitz’har – “Sons of the The Glistening/Pressed One”, Two men with special anointing seen in Zekhar-Yah 4:14, probably alluding to the Two Prophets in Hitgalut

Beit HaElohim – “The House of G-d”

Ben Ha’Abadon – “The Son of Perdition” where ‘Abadon’ is the place of the dead. Sheker HaMashiakh (the antichrist)

Ben HaAhuv – Dear and precious Son, of Yeshua as Son of G-d

Ben HaMevorakh – “The Son of the Blessed One”

Brit Khadashah – “Renewed Covenant” known by some as the New Testament

D’resh – Third of four levels of meaning of the Hebrew scriptures. Comparative seeking, isolated verses that relate to one another.

D’vir – “The Holy Place” [in front of most holy place, where the Menorah stands]

Elohei Tzuri – “God of My Rock”

Etz HaKhayim – “The Tree of Life”, an allusion to Torah, and to Messiah’s stake

Guf – “Body” [can mean ‘essence,’ but there is an ancient, Jewish idea of a Guf that is a unified spiritual body; seems to allude to the “Body of Messiah” at times, and both to ‘The First Adam’ and ‘The Last Adam’; in ‘Adam’ everyone dies, in Messiah (Yeshua) everyone lives]

HaBen – “The Son”, particularly Yeshua, the Son of G-d

HaDavar יהוה – “The Word of יהוה ”

HaEmet – “The Truth” [a name for Torah and For Gospel]

HaKhayim – “The Life” [a name for Torah]

HaKodesh – “The Set Apart” [Ru’akh, Place before the Veil]

Har HaZetim – “The Mount of Olives”

Havdalah – “separation” [especially between “light” and “dark” from B’reshit (Gen) 1:3-4. This also refers to a gathering together to close out the Sabbath in the evening after dark at the beginning of the week. We see an example of a Havdalah service in Ma’asei (Act) 20:7]

Ir – “City”, referring to Yerushalayim and its various appellations

Ish Yemini – “Benjamite,” a man of the tribe of Binyamin

Ishon Ayin/Eino – “Little Man of the Eye/His Eye”, a state of being cherished; intimacy (apple of the eye)

Kadosh – “Set-apart specifically for the purposes of Elohim” (holy)

Kaporet – “Atonement Cover” [on the Aron]

Kedushah – “Holiness,” the state of being consecrated for His purposes

Khag – “Pilgrim Feast” [Any of three, when all are required in Yerushalayim, Pesakh, Shavu’ot, Sukkot]

Khayei Olam – “Eternal life,” the gift given after trusting in Messiah

Khorev – “Sinai” [another name for the Mountain]

Khuppah – “canopy over the marriage”

Kiyor – “Basin/Laver/’Sea’ in the Court of Yisra’el,” outside the Mishkan

Kodesh – “Dedicated/Holiness”, state of being consecrated for a particular purpose

Lapidot – “Lamps” or “Torches” [like those used at Havdalah]

Malakh/im – “Messenger/s” (spirit being like a man, dispatched from Elohim to do his bidding)

Malkhut HaElohim – “The Kingdom of God”

Mishkan – Tabernacle; Place of the Presence of Elohim

Netinim – Servants to the Kohanim, non-Levites

Okhez HaKol – “Mightiest of All”

Parokhet – “Veil” of the temple, in front of the Ark/Most Holy Place

Peshat – First of four levels of meaning of the Hebrew scriptures. Plain or ‘simple’ meaning.

Remez – Second of four levels of meaning of the Hebrew scriptures. A hint, an ‘implied’ secondary meaning.

Ru’akh HaEmet – “The Spirit of Truth”

Rukhamah – (those who have received mercy)

Salvation – capitalised to show a form of “Yeshua”

Se’or – “a piece of leavened dough”

Sefer HaKhayim Shel HaSeh – “The Book of Life of The Lamb”

Shabbat – “Sabbath” (7th day of the week now reckoned as Saturday, though it starts on Friday night and ends after sundown on Saturday night)

Shabbaton – “High Sabbath” (A commanded ‘day of rest’ associated with a Mo’ed that may be different than the regular weekly sabbath; treated as a Sabbath)

Shalom – “Peace” [having everything, complete]

Shammash – “Servant” (the term often translated as ‘deacon,’ ie a servant of the Congregation of Messiah appointed through smikha)

Shekel HaKodesh – (shekel of the sanctuary; a measure of weight equal to 2/5 of an ounce)

Shema – “Hear”, but more precisely, ‘hear and do’, intent listening to affect a response

Shomron – “Samaria”, the territory of the former northern tribes where live their descendants who are also descended from Assyrian and other stock

Simkhat Torah – “Rejoicing in the Torah”

Smikha – “Laying on” [of hands], lean against

Sod – a scriptural mystery ‘hidden’ in plain sight, usually pertaining to Mashi’akh and B’sorah. Rooted in ‘foundation’ and ‘counsel’, ie ‘revealed will’.

Sukka – “Booth” – the temporary dwelling Yisra’el is commanded to make, to commemorate the wilderness wanderings, living in booths. אוֹריָא “Ori’ah” in Aramaic in Luka 2:7, 12, and 16, is a word used in other ancient Jewish, Aramaic writings to describe the sukka, a ‘stall’ built ‘during the festive week’, of Sukkot.

Talmid/im – “Torah Student/s”, someone who has taken a Rabbi under whom to study Torah

Tanakh – The holy scriptures [HaDavar יהוה] that were written prior to the coming of Yeshua, used by the Jews and known by some as the Old Testament.

Tekhelet – “Blue” [the special, ‘sky blue’ of the tzit-tzit “Petil”, and of the robe of the Kohen HaGadol (High Priest)]

Terumat HaKodesh – “Offering of the Holy”

Tola’at Shani – “Scarlet” [made from the Tola’at worm, which dies its young, which are born white, in its blood when they are born, turning them scarlet red]

Torah – “Instruction” (law); First five books of the Tanakh also known as The Books of Moshe

Tzadik – “Righteous One” [who works righteousness]

V’Shamru – “Observe it or Anticipate it” (as in the Shabbat)

Yerushalayim – “Shalom will be seen there” (Jerusalem)

Yeshua[h] – “Salvation,” a sod [revelation of mystery] of Yeshua

Yom Kippur/HaKippurim – “The Day of the Atonements”

Yom Teru’ah – “The Day of the Awakening Blast”

Yom יהוה – “The Day of יהוה ” Yom Kippur [of His wrath, the 7th Millennium]