To our Jewish friends! SHALOM!

To our Jewish friends and those Jews who are curious.  We’d like to address concerns typical to Jewish folks who hear about us, Messianic Jews and Gentiles in general, and Congregation Bat-Tzion specifically. First, we understand how it can be perceived that we are just “Christians in disguise.” And we understand how it can seem offensive that we would call ourselves Jewish (many of us are), or Hebrew, and name ourselves Messianic at the same time. However, there is nothing anti-Jewish about being one who believes in the Messiah Yeshua. In the wider Jewish community, there are many groups who believe other men are the Messiah, such as those who believe(d) Menachem Shneerson is/was the Messiah. Why, then, are they accepted in the wider Jewish community, and we, by and large, are not? Likely, we propose, because of the nearly 2000 years of history and the Gentile takeover (and re-naming/reshaping) of the Messianic community.

We would like to express to the Jewish community that we are not Christians in disguise. We at Congregation Bat-Tzion have left behind most of what makes a person traditionally “Christian” in the Catholic-dominated Christian world and the modern sense of the word. We do not believe in a polytheistic trinity; we do not answer to nor venerate a pope, nor any other religious figurehead; we do not keep feasts that are not proscribed in scripture, such as Easter, Christmas, Halloween, and other extra-biblical holidays; we do not agree that the Jewish people have been replaced by the “church;” and we have not, by any means, forsaken the Torah – nor do we believe that our Messiah Yeshua taught anyone to do so, as many Christians insist.

We believe that the Messianic community that Messiah Yeshua created, and which His Shlikhim established and built, was created upon the truth of the Torah (2 Tim 3:15-16). We believe all the followers of Messiah Yeshua, including His Shlikhim, other Jewish followers, and Gentile followers, were Sabbath keepers, and students of Torah, well into the third century. But the congregation suffered greatly when false teachers entered and began to “paganize” the Messianic community. The most damaging blow to that community was by Constantine, who forbade the Jewish “Bishops” (Z’kenim) from attending the first “ecumenical” counsel of the “church.” He expelled all Jews from fellowship. His successors killed those Jews and Gentiles who would not stop observing the Sabbath, and those who would not accept their “new” definition of “christ” and G-d as a “trinity,” an obvious Egyptian influence on the theology of the day. In short, he made “christianity” as we know it, though it has evolved even further away since then. But, we contend that there has always been a remnant of Jewish followers of Yeshua; only, they have had to hide and practice their faith privately, and eventually lost their Jewish identity altogether, until the advent of the American colonies and the first efforts to establish freedom of religion.

We understand and grieve over the fact that many who call the Son of G-d “Jesus” have at the same time persecuted the Jewish community in that name, even killing in the name of “G-d.” But, we assert that OUR Yeshua, the Jewish Messiah, had nothing to do with that. There is a distinction to be made between the Yeshua of the Brit Khadashah scriptures and any “Jesus” of wider “Christianity” who would condone or overlook such heinous behavior.

One “Paqid” (overseer) of Congregation Bat-Tzion did not even know he was of Jewish descent until he was nearly 30 years old, because his grandmother did not reveal her Jewish identity until the late 1990s. But, something in him, even from a little boy, gave him an inexplicable affinity for all things Jewish, and a deep affection for the Jewish people. As a believer in the Messiah, he always somehow understood that “Jesus,” (Yeshua) the real Messiah of Scripture, is Jewish. And, upon hearing a Jewish man explain the Messiah from Torah, knew and understood that those who follow Him should “walk His halakha.” And he set out at that point to learn what it means to be Jewish, and to teach others the same. After 20 some-odd years, a congregation was the result. There are many in our congregation whose Jewish lineage was hidden from them for one reason or another. That does not make them any less Jewish than anyone else, as far as lineage is concerned. “A true Jew is one who is Jewish inwardly.”

We wish to tell the wider Jewish community that as much persecution as you still suffer, and as much as you often feel slightly “out of place” in the Christian dominated society, so do we! And even more, in some ways! We often can no longer identify with family and friends, who do not understand why we keep the Sabbath, why we eat kosher, why we wear tzit-tziyot, why we pray in Hebrew, and more.

We also wish to tell you that we are not here to try to replace you; nor to try to force conversions; nor to persecute Jewish people in any way; conversely, we will stand beside you in any struggle, whether you would have us to or not, because we affirm your place as the Chosen People of G-d. Those of us who are Jewish have learned to stand beside others who believe in our Jewish Messiah, Yeshua of Natzrat. Those of us who are Gentile have learned just how Jewish our Messiah really is, and how important the Torah is to Him and to following Him. So, we bless you! Because we know that is how Yeshua would have it. We only ask that you endeavor to understand us, as we strive to understand and embrace you! 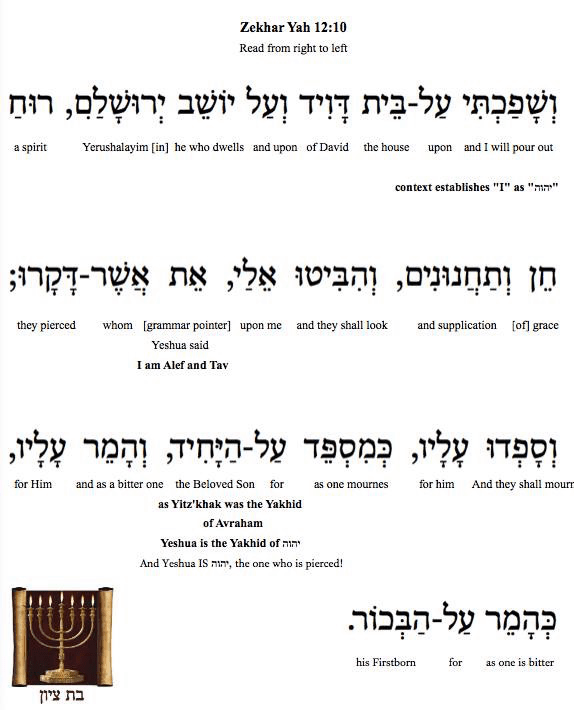